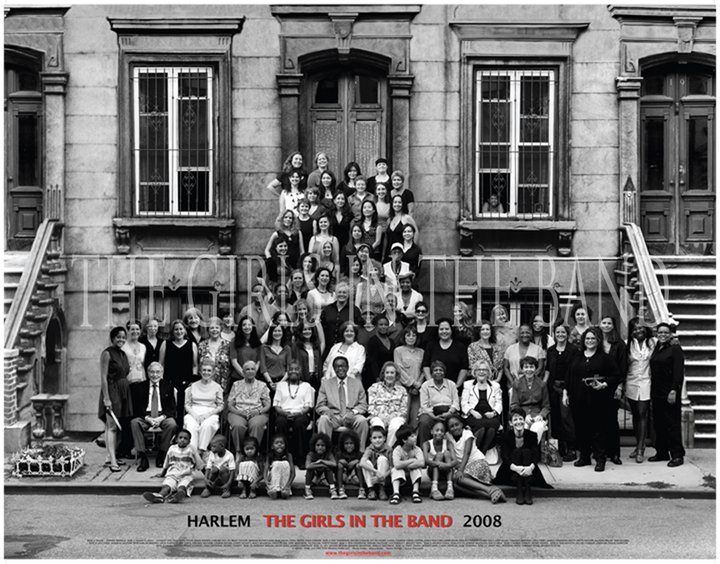 Extra, extra, read all about it!  The May edition of Jersey Jazz Magazine, features the 2008 Harlem photo from “The Girls in the Band” on the cover, as well as articles about the film on p. 6 and pp. 26-28.

“Another Great Day” describes the history behind the Art Kane photo on the steps of Harlem.  Writer Schaen Fox provides an in-depth look at how The Girls in the Band 2008 Harlem photo came about and reveals some behind-the-scenes stories about Marian McPartland and other musicians who were photographed that day.  Many thanks to the editor, Tony Mottola, of The New Jersey Jazz Society and writer, Schaen Fox.

The magazine praises, “The Girls in the Band is an important musical and social document that fills a void in the history of jazz as currently told. It’s also an inspiring musical story that swings from start to finish. Your ears will have no complaints, and your heart will be warmed and won…For now, the film makes a long-awaited New York City theatrical debut at Lincoln Center on May 10.”

You can read the full May 2013 issue here in pdf format.